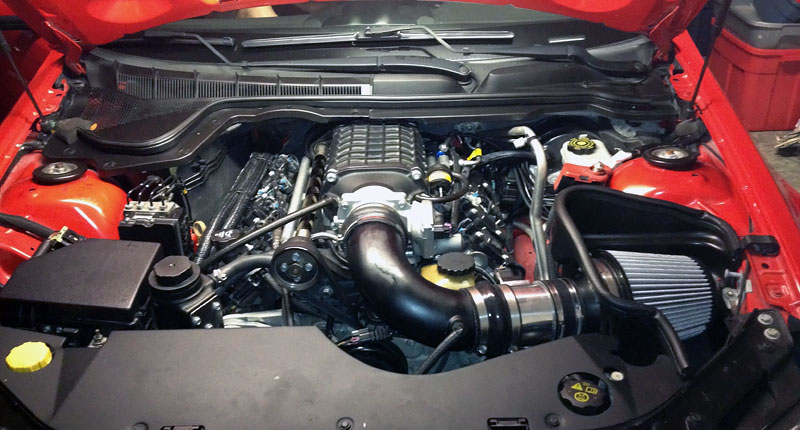 Vincenzo and I met at the Bradenton drag strip one day after talking several times online. He and his car had a rough relationship over the course of its modifications process. Vinny had jokingly named the car "El Diablo." The car featured a dod delete with a 22X 23X camshaft on a 114 lsa, a 1900 Maggie with 1:1 cog drive, and a fully built Circle D 6L80e transmission with a 2800 triple disc stall converter. The car had already destroyed THREE previous transmissions, been to TWO other shops, and been involved in ONE court proceeding. The car only had a best ET of 12.6 at the strip and Vincenzo was understandably frustrated. I knew the car would be challenging, but I hate to see good people have such a bad time with their car. After all, fast cars should be fun…otherwise why do it?!