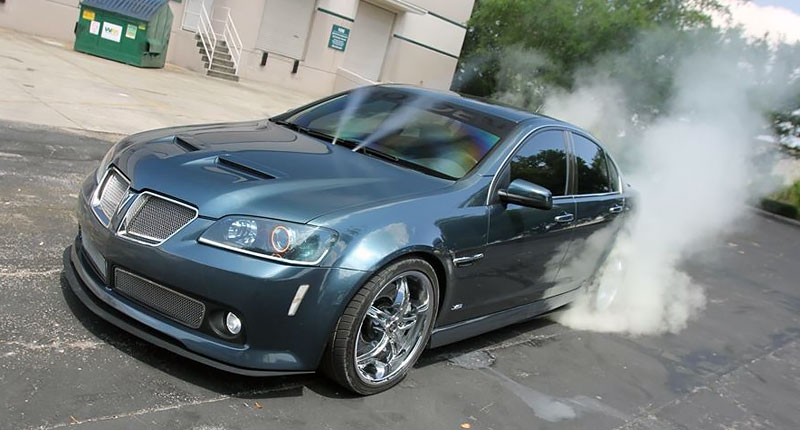 Bill brought me his PSM G8 GT only weeks after buying it and we have been modifying it non stop ever since! We began with a full kooks exhaust system and a full CHenry Motorsports splitter kit. Shortly after, we installed a 3.27 Camaro SS differential and several BMR suspension parts. This netted some fairly impressive e.t.’s, but we were held back a bit by some beautiful, but quite heavy, 20” wheels. Bill didn’t want to let go of the wheels so we needed to find a way to work around them.