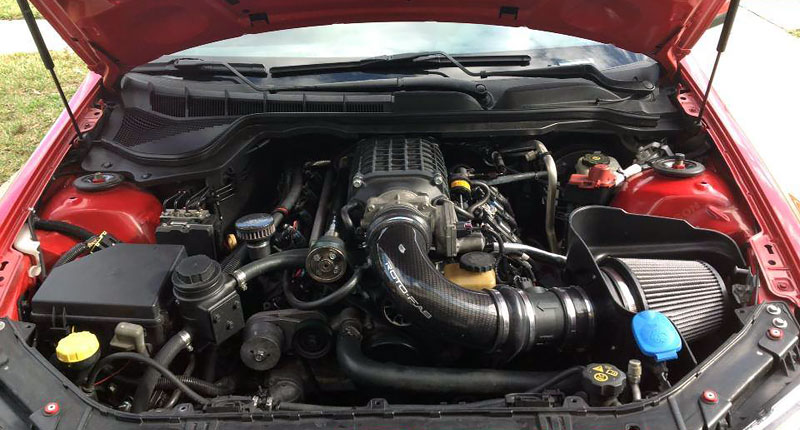 Andrew brought us his super clean GT after having a few upgrades done at another shop. He was having some drivability issues and just felt that the car wasn’t performing at its full potential. We were glad to help! We started out by completing a full car diagnosis.

The car had a 1900 Magnuson supercharger system installed with a rather small pulley, which was causing it to have some issues with belt slip. We also later discovered that the camshaft in the car wasn’t what was supposed to have been installed. Last was the fuel system. It had a return style fuel system conversion with twin 300lph pumps in the tank. A system like this is great unless you are running both pumps all the time. Running both pumps constantly tends to cause the pumps to circulate tons of fuel in low demand situations. Unfortunately a return style fuel system runs into issues when you return lots of hot fuel from the engine compartment to the tank. After a while the all the fuel in the tank has been heated as well as the pumps.