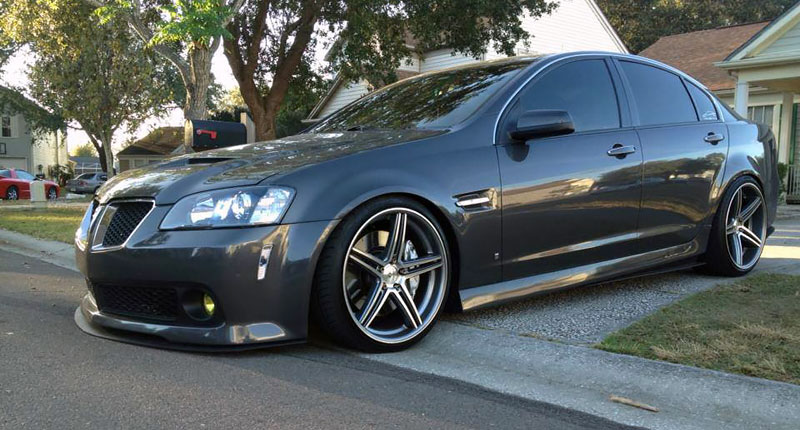 Andre's car is fast and low! It has several upgrades including a fully upgraded and lowered suspension, Kooks headers, Solo exhaust, 3.45 gears, a Livernois 1C camshaft package, and a full CHenry tune. It puts down 400 HP at the wheels and runs mid 12's...only 2 inches from the ground on 20" wheels!